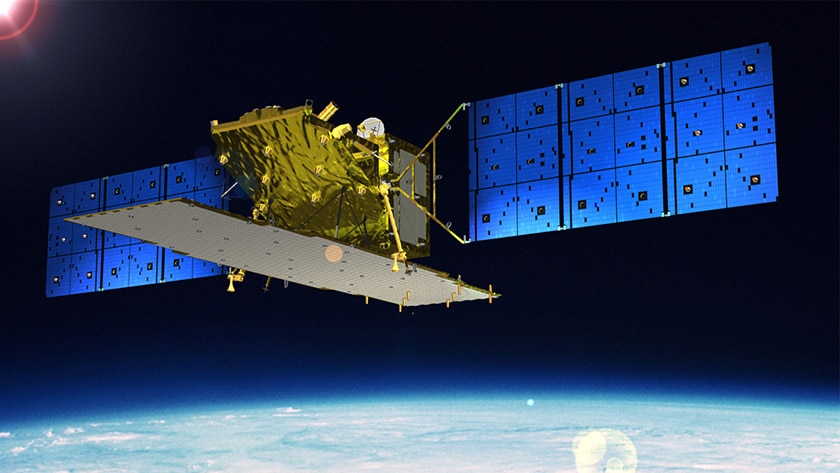 Satellites: their applications, both on earth and in orbit, continue to expand. One such field is the earth observation solutions business, a market on the ascendant. With some 700 units in orbit, observational satellites collect data invaluable to formulating disaster plans and forest conservation, among other use cases. But we’re only at the frontier as to what this data can do. Many expect that this information could be used in business fields such as agriculture: possibilities that, until now, seemed as distant as outer space. 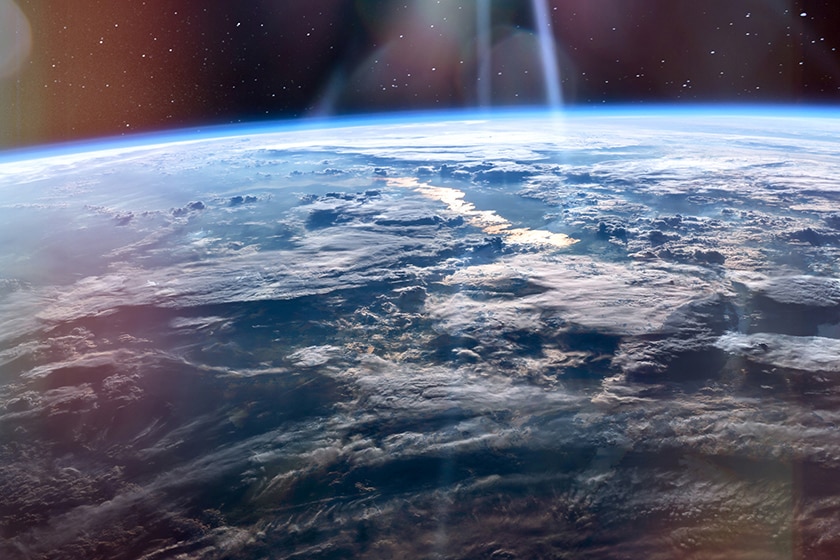 Over the past two decades, more private companies have begun exploring the business potential of space in earnest. The first notable instance was the establishment in 2000 of Blue Origin by Jeff Bezos, the founder of e-commerce firm Amazon. This was followed in 2002 by the founding of SpaceX by Elon Musk, CEO of automotive and energy company Tesla. Space as a business is growing rapidly in scale as more people are able to use information gathered from space in a broader range of business fields than ever before.

It has become considerably easier for private companies and local governments with little or no previous involvement in the space business to access information gathered by satellites. Given their lack of experience, however, they struggle to think of how they might use the satellite data. There are, in fact, numerous types of operational satellites that are already providing valuable support for business and for daily life. Communication and broadcast satellites, for instance, enable efficient broadcasting to wide areas, and unlike terrestrial broadcasting equipment, are insulated from the influence of natural disasters. And the data from positioning satellites is vital for businesses providing GPS or car navigation services. Furthermore, data from artificial satellites is expected to become usable in an increasingly broad range of applications. 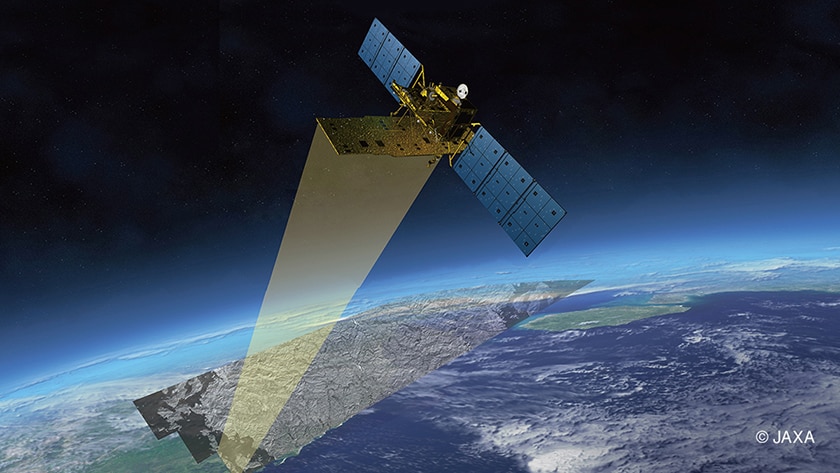 A New View of the World

We at Mitsubishi Electric recognized the potential of artificial satellites, and have applied our technological power to further developing that potential. In 2014, we completed development of the Advanced Land Observing Satellite ALOS-2 for the Japan Aerospace Exploration Agency (JAXA). It features L-band Synthetic Aperture Radar (SAR), which makes possible imaging without ambient or artificial light, and through mist or fog. The satellite emits electromagnetic waves, which are reflected from the Earth’s surface and transformed into images. This is just another example of the industry-leading technological power of Mitsubishi Electric, which has been a pioneer in Japan’s space technology development for over 50 years.

By bringing together the unique capabilities of observation satellites—namely, their ability to capture broad areas in single images from a tremendous distance—and the extremely high-resolution image capture capability of drones, helicopters and airplanes, which travel much closer to the Earth’s surface, we will be able to acquire detailed information more rapidly. And, given that satellites can collect information from a broad area in a single image, they will also eventually provide cost benefits in contrast to drones and aircraft, which require multiple passes. The possibilities of artificial satellites to contribute not only to enriching daily life, but to expanding the boundaries of business activities, are as vast as space itself. 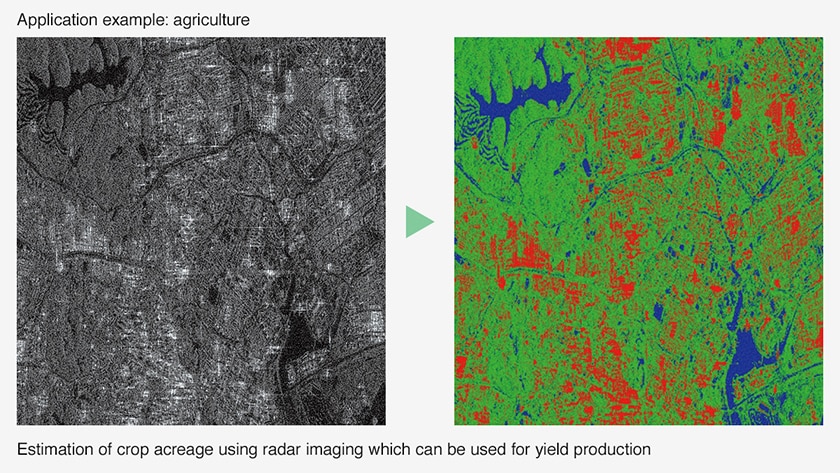 Among the many potential applications for observation satellites are disaster prevention activities and agriculture. Observation satellites can capture images of broad areas at one time, and can use radar imaging to ensure data is acquired even in darkness or inclement weather.

Radar images are difficult to analyze, though, which has inhibited adoption for business. To improve the matters, the Japanese government launched a platform in February 2019 that allows businesses and local governments to make use of this data free of charge. To fully benefit, though, it is essential to be able to analyze and understand the data. Mitsubishi Electric’s fledgling Earth Observation Solutions business should serve as a bridge in securing such images, as well as in applying advanced image technology to deciphering the image data and giving it greater value.

Someday, radar observation data on crops could be used in forecasting prices. Or we could analyze data on the deformation of the earth’s crust, or on natural disaster damage, and apply it to insurance premiums. And assessing oceanographic conditions using satellite data could potentially impact global logistics. Observation satellites hold virtually limitless potential, and by providing advanced image analysis solutions, we hope to help further businesses in various fields, resulting in a richer, more affluent global society.

Space is no longer merely a fascinating topic for science fiction stories and films—we are helping to bring it closer to you each day.