FOR IMMEDIATE RELEASE No. 3070

Mitsubishi Electric Named to CDP's Water and Climate A Lists

TOKYO, November 30, 2016 - Mitsubishi Electric Corporation (TOKYO: 6503) announced today that CDP, a global disclosure system for companies and governments to manage their environmental impacts, has given Mitsubishi Electric its highest rank, the A List, in two categories, water and climate. The CDP Water 2016 A List honor recognizes Mitsubishi Electric as the world's only company in the Industrials category, making outstanding contributions to water resource cultivation. Only 24 of 1,252 global candidates were selected and the selected Japanese companies will be officially announced during the Japan Water Style Summit with CDP's Japan Water Forum 2016, in Tokyo on December 5. Mitsubishi Electric was also named to the CDP Climate 2016 A List for its excellent results in helping to reduce CO2 emissions and mitigate climate change. This is Mitsubishi Electric's first selection to either list. 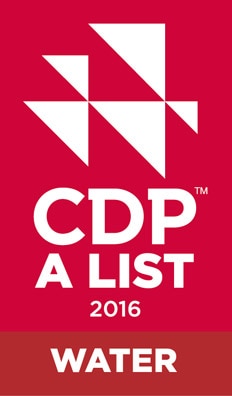 -
At every production site, managed and reduced the amounts of water withdrawn and discharged, and raised water-recycling rates.
-
Shared its environmental management systems with suppliers to mitigate disasters, such as floods or droughts, and reduced the risks of procurement shortages in emergencies by working with multiple suppliers for virtually every item used in these systems.
-
Continuously developed and supplied products and services for water purification, such as the Ozonizer system, which generates ozone to sterilize water instead of chlorine, and processing plants for freshwater and sewage.