FOR IMMEDIATE RELEASE No. 3073 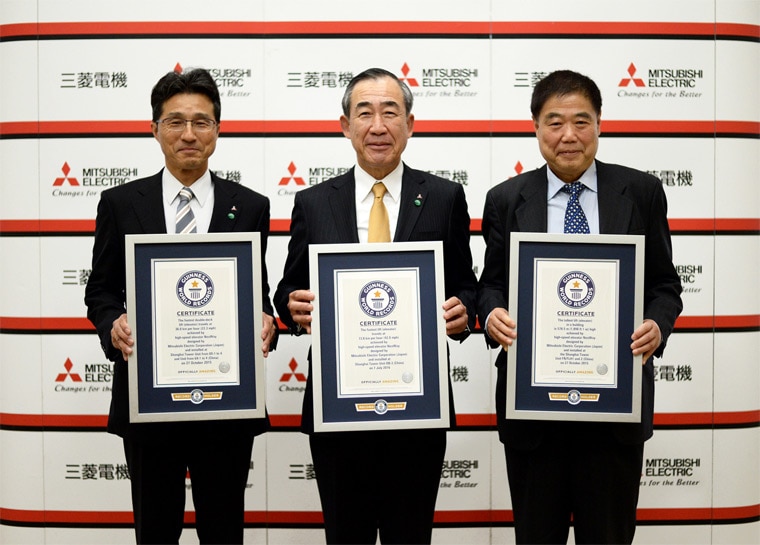 The Mitsubishi Electric elevators were certified by Guinness World Records Ltd. as follows: